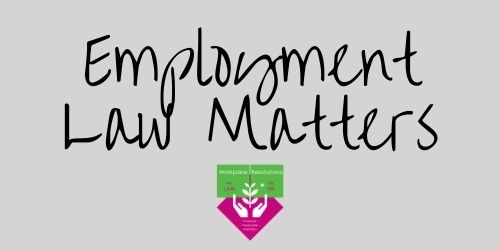 In a case which is likely to have significant ramifications across the workforce the Fair Work Commission (FWC) has rejected Ozcare’s (the Respondent) jurisdictional argument that the Applicant had not been dismissed rather that they had just been placed on unpaid leave and therefore clearing the way for the Applicant to pursue her unfair dismissal.

On 9 October 2020, the Applicant made an unfair dismissal application to the FWC alleging she had been dismissed from Ozcare (the employer) unfairly under s.394 of the Fair Work Act 2009 (the FW Act).

Commissioner Hunt heard evidence that the Applicant commenced employment with Ozcare on 14 December 2009 as a Care Assistant. The role entailed the Applicant visiting people in their homes. The Applicant gave evidence that as a child she had received a vaccination for influenza and had an adverse reaction, suffering anaphylaxis immediately after receiving the vaccine.

Commissioner Hunt found that the Respondent’s decision to keep the Applicant on unpaid leave was an ‘entirely unsatisfactory proposition’ and that ‘the Applicant’s employment has come to an end, and it did so on 4 October 2020 when it refused to roster her for work when she was willing and able to work. The dismissal did not occur earlier as the Applicant was authorised to take paid personal leave, annual leave and long service leave.’

The legal question to be addressed during this case is “was Ozcare’s decision to make the vaccination an inherent requirement of the Applicant’s role a lawful and reasonable one, having regard to the Applicants care responsibilities of vulnerable clients in their home? If so, was her refusal reasonable? If not, did her dismissal constitute an unfair dismissal?”